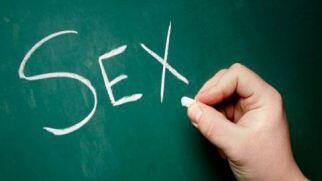 Sexuality is a term which is ever associated with myths and misconceptions. There are no pre-defined of scientifically proved laws in sexuality especially when it comes to the matter of satisfaction. Whatever is enjoyable and pleasure-some for the couple can be practiced in sex. The rules do not become applicable because the physical combination and mental attitudes differ from couple to couple.

What is ideal sex for a particular couple may be vulgar or dissatisfying for another! Sexual myths are formed at this perspective of general rules. Human sexuality is wholly personalized and no general rules fit to define it. Let us see what misconceptions people hold about sexuality, in general:

It is another commonly held sexual myth that men are in need of more sex than women. It is a false assumption to the core. Being members of the same species both men and women have same amount of sexual urges and desires. But unlike men, female counterparts are designed with more emotional aspects than sexual ones.

A man may feel it normal to enter into intercourse with any woman he meets on the street, but a woman needs to develop emotional oneness with a man to accept him in her bedroom. This difference in attitude has brought out the feeling that men are sexually more active and women less.

It is believed to be a myth that there exists a G-spot which is the keystone of perfect climax and orgasm. Researchers differ in opinion about the existence of a place named G-spot. The idea of G-spot was first introduced by Sigmund Freud. Doctors say that this is more of conceptual than anatomical.